Worked on the Sandwich paperback file. 150 pages of shorts. Love how Garamond looks. Maybe I’ll have the cover ready by the end of the month.

CS has improved their template since the last time I used it or it just works better on the writing program I used. Either way, it went a lot faster and I was able to do more this time around.

Watched Elvira, Mistress of the Dark. Still a funny and risqué movie for PG that would never fly today. No way you could have an aroused, heavy, middle-aged woman straddle a man’s face at a picnic and ask, “Is this face taken?” And no, it wasn’t Elvira.

So yeah, a great movie with classic one liners in line with the best of Rodney Dangerfield’s movies about an outsider who ends up saving a town from a greater evil.

Read that this Katt Von D has been making the news because she plans to raise her child as a vegan and with no vaccinations. Now her long time customers will boycott because she won’t vaccinate her child.

First off, this is stupid in many parts.

Stupid Number One: There would never be enough boycotting that Von D would lose money to change her life principles. Case in point, the Trump boycott and the Chick-Fil-A boycott. Big business prevails because they always have their fingers in other ventures besides the main product they are pushing to help them through the lean times. And the average customer just doesn’t care.

Stupid Number Two: Von D is an idiot for raising her child a vegan. No one should push their child into doing something they don’t want to do that affects their body in such a harsh way. A child’s body goes through so many changes through the first 18 years that it needs certain vitamins and minerals and nutrients that some of them can only be obtained through meat. (Maybe I’m wrong, I’m just going by what I learned in school and from raising two kids). Yeah, I get there’s unnatural shit in meat. That’s why there is expensive meat without the shit. It’s times like this I have more respect for Protestant Christians. At least they wait for the child to be of a certain age before they baptize them. They wait until they are aware of sin. The parents wait until the child develops. But whatever. It’s stupid abuse on Von D’s, but not severe.

Stupid Number Three: Von D doesn’t want to vaccinate her child. It’s not clear if she fears autism but she does fear the chemicals in her child’s body. Apparently she doesn’t fear life-threatening diseases that can invade a child’s body and be carried over from one country to another and infect other non-vaccinated children. Or small pox, chicken pox, measles, and black plague?

But okay. That’s her choice. And there could be some secret natural vaccines out there that I don’t know about. She’s in this secret world. In this world autistic people are created by vaccines. Like me. I was once a normal little boy with wide clear eyes. I had a normal life. Vivacious. Active. Spoke clearly. Social.

Then I had the shot.

Glossy autistic eyes. Anti social. I have intense focus. Live in fantasy. I gained a super power. I became an anti-social X-Man.

I live an interesting life, no? 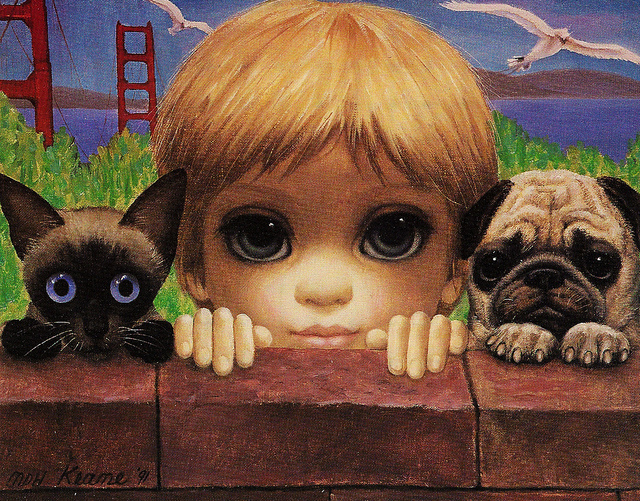